Ever since you were little, you’ve had a fiery entrepreneurial spirit burning deep within, propelling you to do the unconventional.  Even at college, while your friends would fret about landing well-paying jobs right after graduation with some of the biggest companies, you would find solace in the success stories of individuals like Steve Jobs and the Wright Brothers. And, while it’s great that you don’t want to follow the traditional career path that’s often deemed risk-free, building your startup company from the ground up isn’t exactly a breeze.

Instead, having a wonderful idea and converting it into something tangible, workable, and sellable comes with its own set of problems. For instance, finding individuals who are the right fit for the values you stand for or hand-picking some of the best developers despite being a non-technical person can be quite a nerve-wracking and tedious process. All of this can make the startup landscape a little tricky, though rewarding to navigate.

In light of this, on November 27th, 2019, Mikaels Labs organized the event “How Not to F**K Up Your Startup?” in collaboration with Tehnopol, to encourage aspiring entrepreneurs and startup owners to bring their most complex and most basic questions to the startup industry experts. Featuring Harry Kanistik – the CEO of Mikaels Labs, and Owais Afaq – the CTO of Mikaels Labs as the speakers, this event aimed to understand how startup screwups can be avoided.

The event kicked off with Harry Kanistik initiating conversation on some of the biggest ways that you can f**k up the brilliant idea for a startup that you have. His years of experience as an individual who has been the co-founder of various startups over the course of his professional journey made Harry the perfect person to explain how to navigate the turbulent waters of the startup ocean.

He began the session by sharing his life story with the audience about how his first startup business of lottery tickets at the age of 12 made him bankrupt, once his grandma hit the jackpot. This story then coalesced into a bigger discussion on what these little f**kups along the way taught him about what to do and what not to do when running a startup. And today, he’s running a successful tech startup company “Mikaels Labs” that is growing exponentially.

In a nutshell, the crux of his session was:

Harry ended the session by advising individuals that if an idea doesn’t work don’t hesitate to scrap it and look for something else, instead of being too hung up on it.

Owais Afaq began the last part of the evening with his session on how to avoid f**kups if you are an early-stage tech startup. He explained that his session was specifically designed for individuals from the non-technical background. As most of the non-technical startup owners end up thinking that just because they have an idea, it’s enough. They believe that someone will wave a magic wand in the air to conjure up a product from thin air. However, it doesn’t work that way!

Before diving into the discussion, Owais explained that his mission and purpose is to “Help people understand technology and other humans so that we can build better businesses together.” And so, he gave a list of Do’s and Don’ts for startup owners who don’t have CTOs or tech founders in their startups.

In short, Owais’s session was designed to push non-technical startup owners to start treating their developers with empathy and to encourage them to connect with them on a human level.

Towards the end, the Q/A session kicked off to let startup owners ask pressing and not so pressing questions regarding running a startup from Owais and Harry.

Curious what those questions were? Take a look! 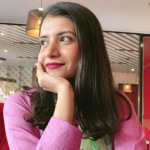