Artificial intelligence is not simply a set of keywords and rules. Even the word “intelligence”  presumes that AI is more similar to an individual rather than a machine. Although AI is a thinking machine, people who come in contact with it typically anticipate AI to act like a real person. Ideally, it should be like the famous sci-fi writer Isaac Asimov put it:

“/…/ you just can´t differentiate between a robot and the very best of humans” – (I, Robot).

Why do You Need Human-Like Chatbots?

Building relationships is possible for human beings and a human-like AI can better express concern for other people, making them feel like they matter. As humans have personalities, it is crucial for AI chatbots to also have a personality so they could at least pretend to be humans. No one wants to open up to a machine. After all, human-like bots are more relatable, believable and create a more intimate environment. Moreover, in today’s world, in which many things are automated and people actually talk to one another less and less, it might be crucial to at least try and mimic a genuine connection.

Human personalities differ greatly from one person to another and the same applies to AI. The exact personal traits largely depend on the customer’s needs. If you need answers to serious problems, e.g. legal issues, you would expect a chatbot with a business-like mind to respond. However, in many other situations, a chatbot that jokes with you could be the preferred choice. While it is hard to change a real person ́s deeply rooted behavior patterns and attitudes, chatbots are like a blank canvas, not yet biased by the world. The picture you paint on them is completely up to you to decide. Chatbots are almost like newborn children but learn more quickly and efficiently, being also able to store and process millions of times more data.

Not having a personality is, in fact, itself a kind of personality. Due to the complexity of the human mind, people will try to imagine a personality for a chatbot even if none was explicitly designed for it. The tendency to project human traits onto everything, a process called anthropomorphism, is too strong to be ignored. Consider how people believe that their pets think just like humans as owners often attribute their own thoughts to their pets. Probably, the most popular online videos feature exactly that: animals behaving like human beings. Add to this the habit of naming one’s car, boat, and other things, it is no wonder that people seek familiarity everywhere and thus tend to humanize anything they can. The same stands true when interacting with chatbots. If you want people to perceive a certain personality, better attribute it to the chatbot. Otherwise, they will create their own, which might not be the one you intended. 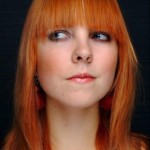 A creative content writer and translator whose favourite activity is playing with words. Can construct hardcore technical texts as well as weave magical text patterns, full of love. Adventurer and long-distance runner in her free time.